Hotel is a places with a large flow of people and strong liquidity, so more and more social risks pose a threat to the hotel industry. Hoteliers have a great responsibility to ensure the safety of their customers and themselves. This article mainly introduces you to the potential security risks in hotels and the types of hotel security.

Even though some harm cannot be avoided, you can take many preventive measures to minimize or even prevent damage from occurring. By reading this article, you’ll learn what’s working well in your hotel as well as what needs improvement. Please continue to look down.

What is hotel security?

The so-called safety has two meanings, one is safe, no danger, no accident; the other is preservation and protection. Hotel safety refers to the safety of all people, property, and objects within the scope of the hotel and the physical and psychological of them are not dangerous or threatened by any threats.

Hotel security is the first consideration things of hotel guests and hotel owners. As hotel-associated people, they do not want something to happen that threatens them and their property.

It is the hotel’s responsibility to implement security measures that ensure the safety of guests and employees, as well as the financial and reputation of the establishment.

Security in hotels can be divided into:

The responsibility of hotels

There is a large amount of cash and valuable property in the hotel, mostly at the reception desk and in the guest’s hands. Especially in business hotels, many people stay at a hotel for business negotiations. So they may also carry cash, gold, jewelry, secret documents, and more valuables, and they often become the target of thieves.

In this internet era, almost all people’s personal information is exposed online. As far as we know, one of the biggest risks in hotels is hotel data theft, which includes hotel guest identity information, guest credit card data, hotel business information, etc.

For your hotel cyber security, you need to pay more attention to your hotel websites and beware of your hotel links being hacked as scam sites.

Hotels are more prone to fire than other places, and the following situations may cause a fire in a hotel:

The case of hotel fires is not few every year, so the fire protection responsibility of the hotel is great.

Except for man-made injuries, there are many disasters that we cannot avoid. Such as earthquakes, floods, typhoons, etc. Different geographical locations result in different disasters.

For example, earthquakes often occur at the junction of the earth’s plates, typhoon areas are also prone to flood disasters, etc. So hotels need to take precautions in advance according to their hotel location to minimize damage.

Accidents on the hotel premises

Hotels have a large customer flow, and accidents may happen every day. For the safety of staff and customers, the hotel needs to know some emergency measures. For example, in the case of wet and slippery floors, and someone falls, what emergency measures should be taken?

Hotels with catering also need to pay attention to food safety issues to avoid food poisoning. After all, unclean food washing, unclean tableware, and a dirty dining environment can all cause safety hazards.

Hotel is like a small society, social feelings between people, economic contradictions, conflicts, disputes, enmity, and hatred will still happen in the hotel. So there will have fighting and brawls happen.

Due to the large flow of people and strong liquidity in hotel, all kinds of people can enter the hotel and stay at the hotel, so hotel security is difficult. Some extreme people will break into hotels, intentionally destroy hotel items and hurt people inside the hotel.

Hotel is also a place where people drink and smoke the most. It is more troublesome when meeting a drunken guest, it is also prone to accidental safety accidents.

With the increase in terrorism, bomb threats are not a few. Hotel is a public place that anyone can access, so it has become a target of terrorists. The types of bomb threats are usually by phone or on-site.

You will never know what’s in the bag of people who come to your hotel, so it’s difficult to avoid. No matter what type of bomb threat, we should pay more attention and take action about this.

The video surveillance system can help you monitor your hotel 24 hours a day, and supports viewing video images from mobile terminals such as smartphones/tablets, as well as recording, playback, linkage alarms, emergency command, and other applications to achieve monitoring and communication dual function.

Moreover, most criminals are afraid to commit crimes directly where they are being watched. Install security cameras in the important passages of your hotel, such as hotel entrances, elevators, guest room passages, and other sensitive places.

By using this, you will be able to take effective measures immediately if a suspicious person or abnormal phenomenon appears, which will increase the security of your hotel. 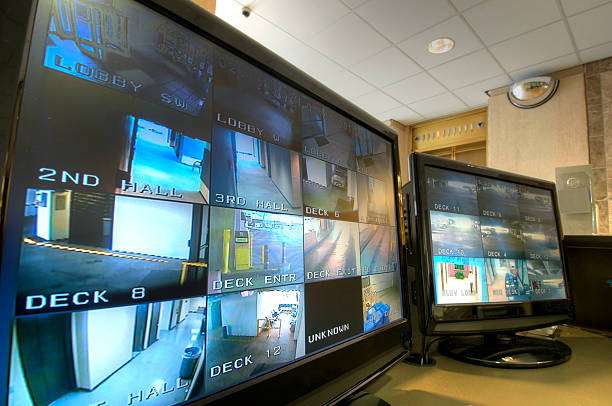 Local alarms can deter criminals by sound alarm, but it doesn’t have hard-wired central monitoring location, so if there is no staff near the alarm, you can’t take measures in time.

Contact alarms are hard-wired to a central point, which is a silent alarm that allows transmitting the alarm to the telephone room, private security company, or police department silently.

Remote alarm transmission typically relies on radio waves, more elaborate microwaves, and photoelectric light. Microwave detectors transmit and receive detect motion by electromagnetic energy. When an intruder access to RF wave and breaks in the radio wave, the RF fields will trip an alarm. It is best used as an intruder alarm.

And for hotels, you can manage your hotel room and hotel room locks in your hotel more effectively and conveniently. Moreover, smarter and safer smart locks can protect your hotel door from break-ins and have an automatic alarm. 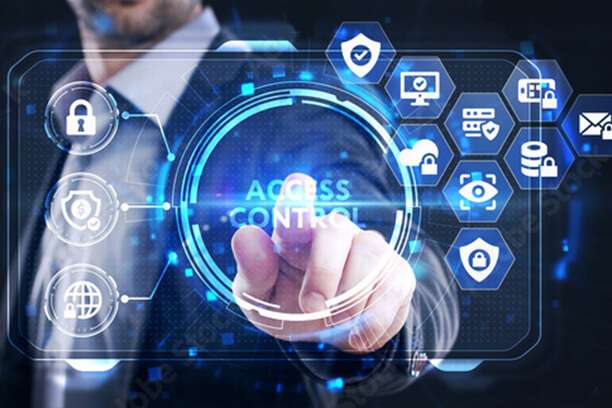 Are the Hotel Access Control Systems Necessary for Your Business?

Hotel access control systems are becoming increasingly popular in this smart era. For hotels, is it necessary? Let’s explore it through this article.

Network security means protecting your hotel and your guest network and data from breaches and invades.

To build a network security system, the following steps are important:

※ Create a professional team of IT developers.

※ Always focused on updating and improving your security system.

※ Use effective security tools to protect your hotel data.

※ Brainstorm some new ways to find the weakness of the system and how to solve it.

A hotel safe box can make your hotel guest room more secure, and add a protective barrier to protect your guest’s valuables from stolen. High-end hotels usually set a hotel safe box in each guest room.

Allow guests to store their valuables inside and set a unique password that only they know. It is not necessary to set the check-in and check-out times, but you should ensure that the system works and that your guests understand how to use it. 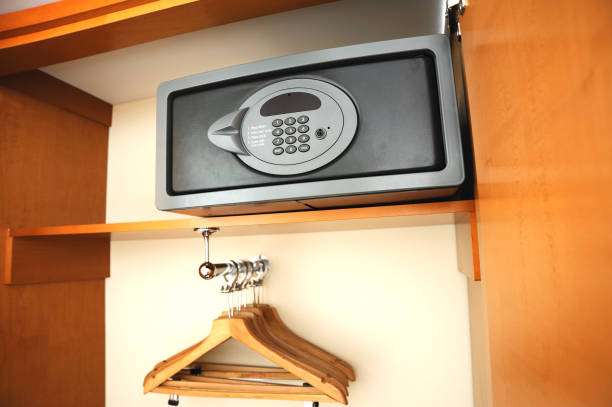 If the conditions allow, multiple security staff can be set up at the hotel gate and hotel lobby, and use a rotation system. It can enhance hotel security and effectively prevent suspicious persons from entering the hotel.

Keep an emergency kit in the hotel, there will always be a need. Especially in emergencies, the emergency kit may also save a person’s life. But the premise is that it must be used correctly, so first aid training for hotel staff is also necessary. Hire a hotel doctor is the best.

Strictly select employees to prevent some criminals from mixing into the hotel team. Educating and training employees in safety regularly can improve their quality and awareness of law-abiding behavior.

In addition, it is also important that train employees in safety awareness and how to quickly deal with some safety problems.

In a hotel, a lost and found can give guests who have lost their items another chance to find them, which can increase guest satisfaction.

The specific implementation is as follows: 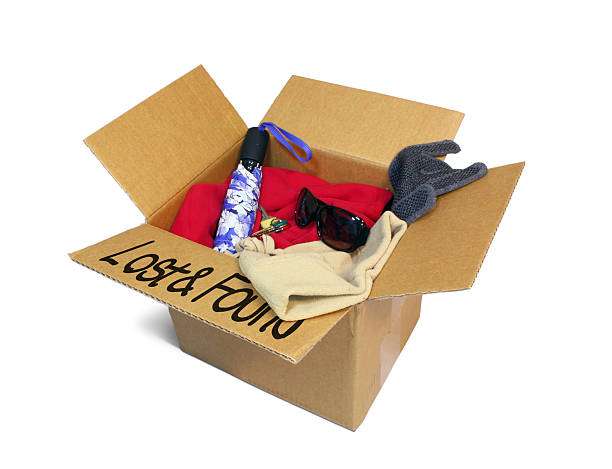 ※ After receiving the check-out notice from the guest, check the room immediately. In this way, it will be found in time if the guest left something in the room.

※ If the guest has left the hotel, reception staff can store the leftover items in the lost and found, write down the guest’s stay information, and keep it until the guest returns to claim it.

※ If the customer retrieves the item by phone or mail, you can be flexible in handling it. Following confirmation of the guest’s information, you can mail back the item to the guest, so they don’t need to come to the hotel.

※ During the claim period, guests need to show their ID card to prove the item is their own.

※ If the item remains unclaimed for a long time, the hotel can dispose of it by itself.

Food safety is an unavoidable topic in every catering industry. To avoid food safety problems, hotels should strengthen food monitoring and management. The following measures can be used for reference:

※ Strictly follow the food safety law to ensure the safety and sanitation of the food supply.

※ Keep the restaurant environment tidy, clean, and disinfect every day, and must use detergents or disinfectants that meet hygienic standards.

※ Sep up a food safety management team to implement internal inspection and hotel management of food safety. For example, regularly check whether there are expired foods.

Fire is always a major hidden danger threatening the safety of hotels. Many functions of modern hotels are concentrated in the same building. There are various types of electrical equipment and a large power load.

In addition, the installation of some electrical wires does not meet the requirements, which has become the main reason for hotel fires. Therefore, the hotel needs to establish a complete fire safety system to nip it in the bud.

※ Regularly check the safety of equipment and facilities in the hotel, and make corresponding records.

※ Set up multiple caution signs, such as no smoking in bed, no lettering of cigarette butts, etc. to strengthen the fire protection awareness of customers.

※ Inform the guests of the location of fire emergency exits and evacuation routes.

With more than 20 years of smart lock experience, YGS could provide a set of hotel door lock management solutions for your hotel business. 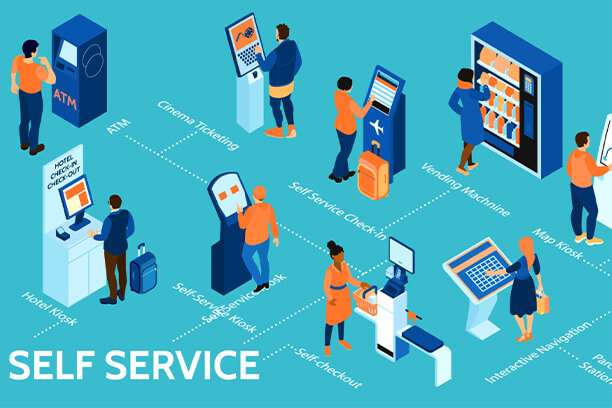 The concept of “contactless check-in hotel” came with COVID-19. Now, although the global epidemic is calming down, this “contactless” demand has not weakened, but… 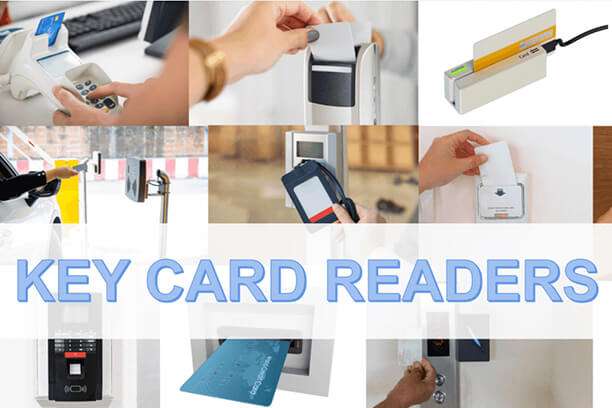 By reading this article, you will get a complete guide about the key card reader and some cards commonly seen in the market. As a leading provider of smart lock solutions in China, YGS…

Are the Hotel Access Control Systems Necessary for Your Business?

In this smart era, hotel access control systems are popular in hotels from big brands to smart hotels. Are the systems necessary for hotels? In my opinion, it is necessary… 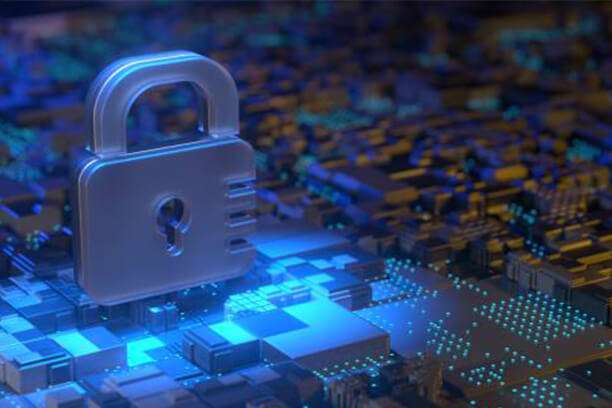 Different from traditional deadbolt locks, hotel intelligent locks is a compound lock with security, convenience, and advanced technology. There are various smart locks in the modern market, two common types are non-wifi smart… 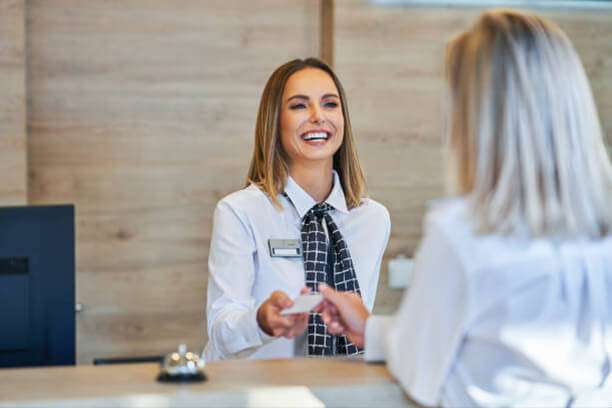 How do hotel door locks work?

Today, we will discuss how do hotel door locks work. As we stated in the previous article, the hotel door lock is made up mainly of three parts: a smart lock, a card issuer, and an ic card. The intelligent hotel lock system can issue various IC cards, manage guest… 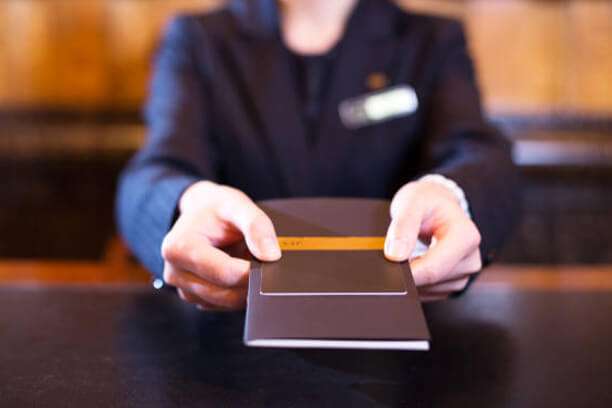 How to make a key card work again?

With the flow of hotel personnel, the keycard is also circulated among the hotel guests and hotel staff, so the keycard is vulnerable to different degrees of wear and tear. A keycard issue will cause inconvenience for guests, not only…