How do hotel key cards work? – The Step by Step Guide 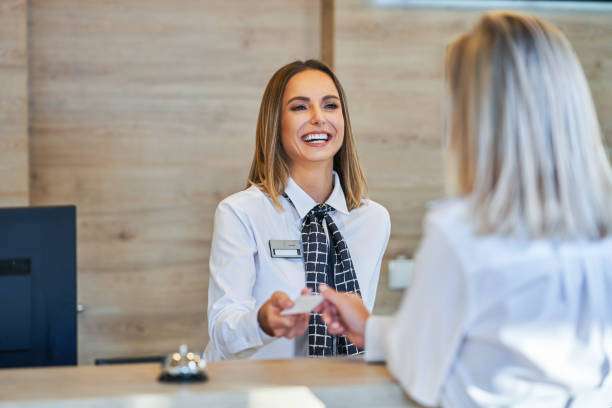 With the development of technology, most hotels no longer use traditional keys to unlock but use a more convenient electronic hotel door lock system to replace the previous mechanical key, which is intelligent and convenient enough that make it more advantageous than traditional mechanical keys.

The hotel key card entry system is not only a cost-effective option for your hotel management, but its convenience, safety, and small design also can bring a better guest experience to the hotel guests.

What is the hotel key card?

A hotel key card is an unlocking key to open the hotel door lock, which is the best choice to replace the traditional key.

This technology is widely used in the hotel industry, the typical usage method is the swipe card. The user only needs to put the card close to the door lock to open the door, eliminating the need for complicated operations such as the insertion and rotation of traditional mechanical keys.

Hotel key card also is a kind of radio frequency identification technology, which is the system used to control, detect and track objects. Most of them can be programmable, and adjustable. Compared with a traditional key, this kind of card unlocking is safer, more convenient, and easier to use.

Tourism and business activities have existed since ancient times, and hotels have emerged as the times require. The hotel door locks used in early-phase hotels are mechanical locks, which are no different from home locks. They are also equipped with mechanical keys, mainly made of copper, but also made of other metals. Rooms are usually identified by sticking a label with the room number on the key.

In the 1970s, a singer named Connie Francis was attacked in her hotel room. After this event, Tor Sørnes, an inventor from Norway, was inspired to invent a more secure hotel door lock. And then launch the recordable keycard lock without a hole card, it is the systems in hotels use that allow each hotel guest can have their unique key.

The emergence of this system has laid the foundation for the hotel key card, and also means the hotel key card is available. After years of development, hotel smart card basic technology has gone through three stages: magstripe card, IC card, and RFID card, and widely used in our lives.

The evolution and development of smart cards have also enriched the related technologies of hotel smart locks and promoted the updating of access control technology in the field of hotel locks. 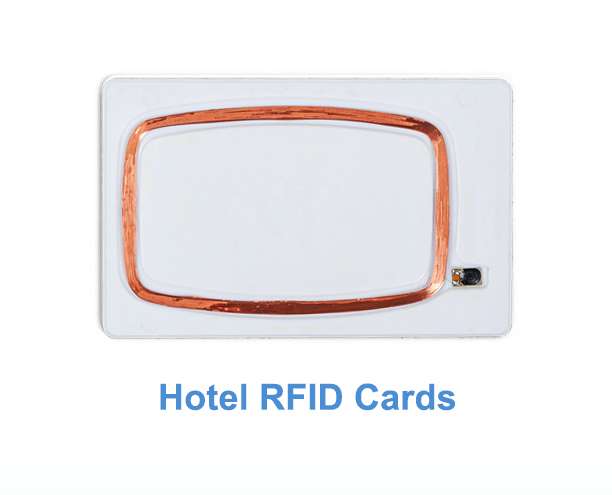 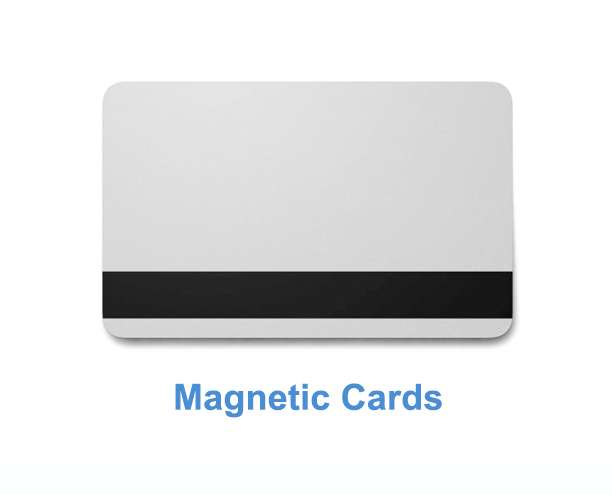 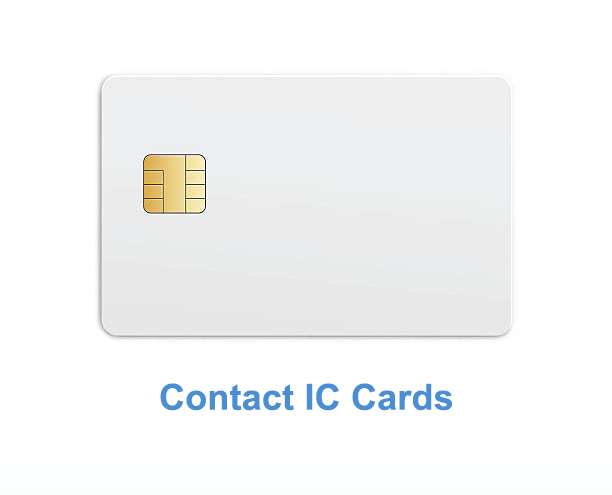 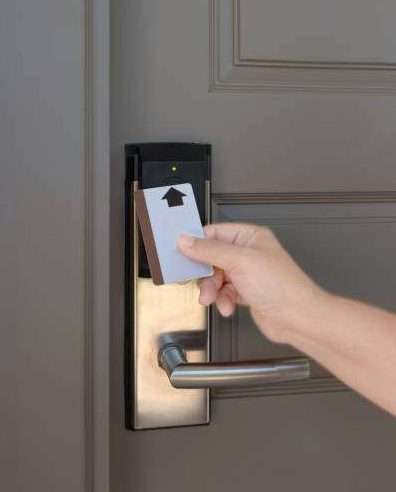 The principle of the RFID key hotel card is wireless communication technology, which use radio wave to communicate with other intelligent devices, and can identify specific targets and read-and-write related data through radio signals. And it is no need to establish mechanical or optical contact between the identification system and specific targets.

RFID key hotel cards generally allow the holder access to facilities in the hotel by a card, such as taking the elevator, opening the room door, entering the public areas in the hotel, etc., which realize a card with multiple purposes.

And you can set your need card by the guest access management system and key card encoder. The RFID card has stable performance, mature technology, high security, and large memory capacity. It is one of the most widely used room cards in the hotel industry.

Magnetic stripe cards are generally used as identification cards, use with the magnetic reader, which can write, store, and rewrite information. Magnetic cards have low cost and are easy to read and write, but are also prone to abrasion and loss of magnetism.

Magnetic cards are also the earliest smart cards used in hotel locks. Even now, some small hotels are still using them, but they are on the verge of being eliminated.

How do hotel key cards work?

There are three main types of famous hotel room cards in the current hotel industry, magnetic stripe cards, contact IC cards, and inductive cards. Usually, the user access method will be indicated on the back of the hotel room card for the convenience of guests.

The first type of magnetic stripe card, this type of card will be marked with the card insertion direction. Inserted it into the card slot of the door lock to open the door.

But you need to pay attention to is that the magnetic card is easy to demagnetize, which often leads to the guests not being able to open the door when swiping the card, thus bringing a bad housing experience to the guests. So it has been gradually eliminated from the market.

You just need to follow the arrow direction to insert the card slot on the door lock, when you listen to the sound of the door lock turning, you can open the door.

This kind of room card completes the card reading and opening action through the contact between the chip and the door lock reader. After repeated use, the chip on the card will be damaged or fall off, so it is also gradually ceased to be used. 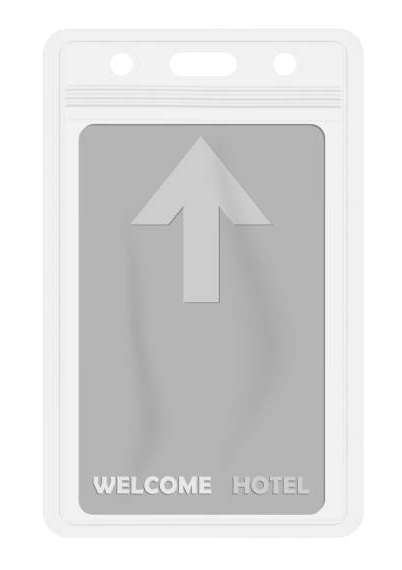 The third type is the current popular inductive access control card, which is composed of a chip and an inductive antenna (coil). All parts are packaged in a standard PVC card, and the chip and antenna do not have any exposure.

It is mainly based on the Faraday electromagnetic induction principle to complete the read-and-write operations. When the card reader recognizes the signal sent from the card, it will recognize the card, which can be used to open the door, read unlock records, etc.

The guest arrives at a hotel, and check-in at the hotel front desk.

The hotel front desk staff makes a room card for the guest.

The guest enters the hotel’s public area and their room with the key card.

The guest approaches their room, uses the room’s electricity, and enjoys the stay.

The specific hotel card types can be seen in this article: How do hotel door locks work? Hope it can give some useful tips for you. 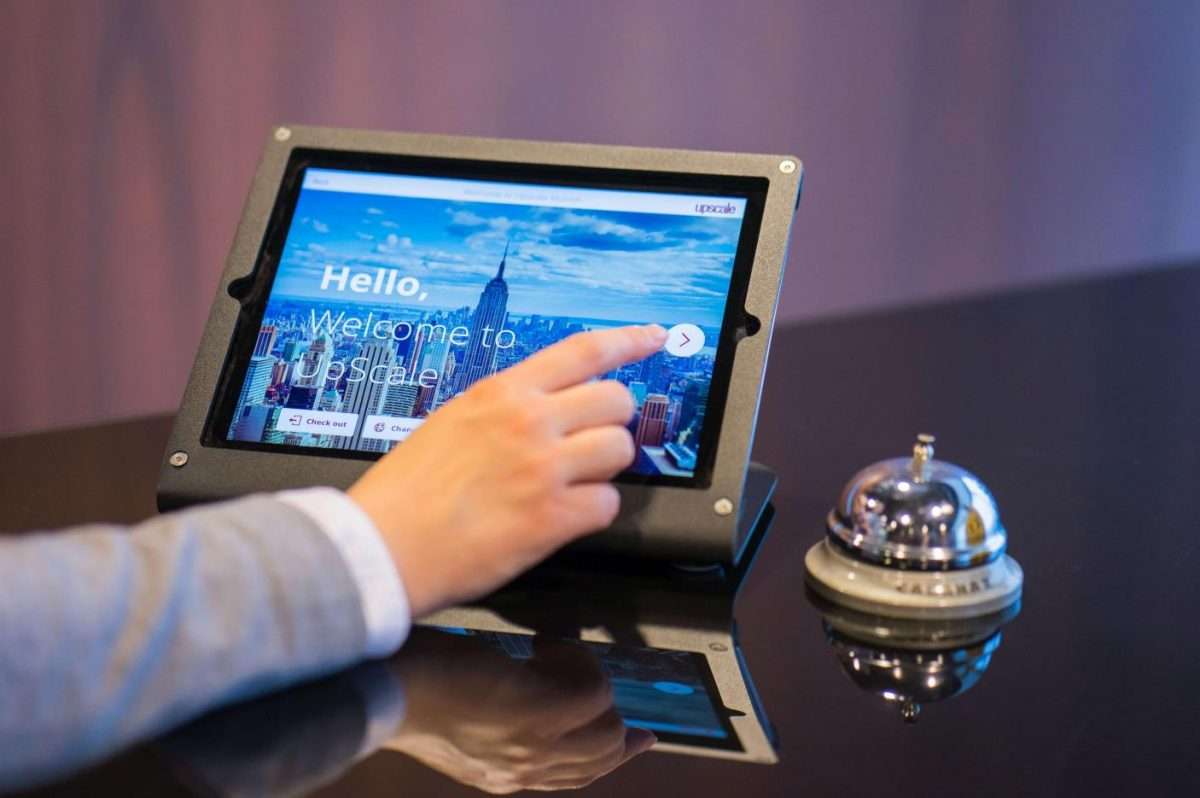 For hotels, the cost is not limited to the mechanical key and the room card itself. For the safety of the hotel, once the hotel room key is lost, the door lock of the corresponding room can only be replaced completely.

And during the period of changing the lock, the room can only be idle and cannot be check-in by new guests, which makes the hotel lose the opportunities to gain income. It not only brings inconvenience to the hotel but also increases the maintenance cost of the hotel.

Similarly, for guests, if they accidentally lost the key, need to compensate not only the key but the entire lock and the lost business opportunities of the hotel, which is not cheap.

In a hotel, all kinds of customers will be received, so safety has always been the focus of hotel work.

Once the mechanical key is lost, from the perspective of the customer’s safety, the hotel must change the room for the guest, and the room cannot continue to be used for reception until the room door lock is replaced.

Modern electronic room cards can avoid these risks well. Guests only need to tell the front desk staff that the room card is lost.

The hotel staff can report the lost card and make a new room card through the hotel’s secure access control system, which is no need to worry about someone picking up the lost key, resulting in security issues.

On the other hand, the mechanical key cannot read any door opening records, but the room card can. Not only the room card but the card door lock can be checked their unlocking records by the modern hotel access management system backstage.

Using the electronic room card key, the hotel can have more initiative in controlling the room. Even if the guest does not return the room card to the front desk, it will not affect the next guest’s check-in.

Or if the guest needs to continue to stay in the hotel, but has no renewal, and the deposit is not enough, the hotel can cancel the card by the hotel key card lock system, so that the guest has to come to the front desk to make a new card, pay a deposit, etc.

In the modern smart lock market, many smart lock suppliers can provide customized services for guests, and one of the customized items is hotel cards.

Hotels can send their hotel key card design idea to the lock supplier, and the supplier will make the card according to the requirements of the hotels.

The service not only makes the card apart from other hotel cards on the market but also helps promote the hotel, which is impossible with a mechanical key.

Many users think that the hotel room card will contain their personal information, and there is a risk of leakage and theft. But is this really the case?

Actually, when you check in at a hotel, for the hotel’s safety, the hotel front desk staff will register the guest’s basic information(such as name, phone number, and ID number). 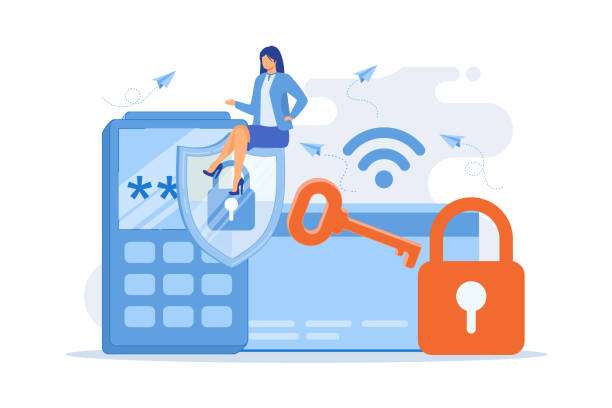 Despite that, hotels have a duty of confidentiality to the guests’ information. And the information entered into the room card only includes the room number and time limit of access.

If the room card is lost, the hotel staff can directly cancel the unlocking permission of the lost card by the hotel key card access control system and issue a new room access card to the guest, so there is no need to worry about the room card leaking their privacy.

Although hotel cards have been widely used in the hotel industry, with the advancement of technology, people’s needs are not limited to this.

In today’s hotel market, digital locks are constantly being promoted, and the access methods of hotel door locks, from contact cards to contactless cards, all show people the changes in the hotel era.

The emergence of COVID-19 has pushed contactless technology to a climax, and more and more self-service hotels and self-service machines have appeared. In the long term, mobile device unlocks will be an alternative to hotel access card unlocking. 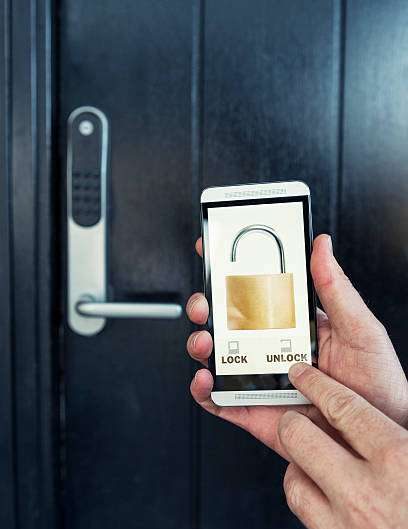